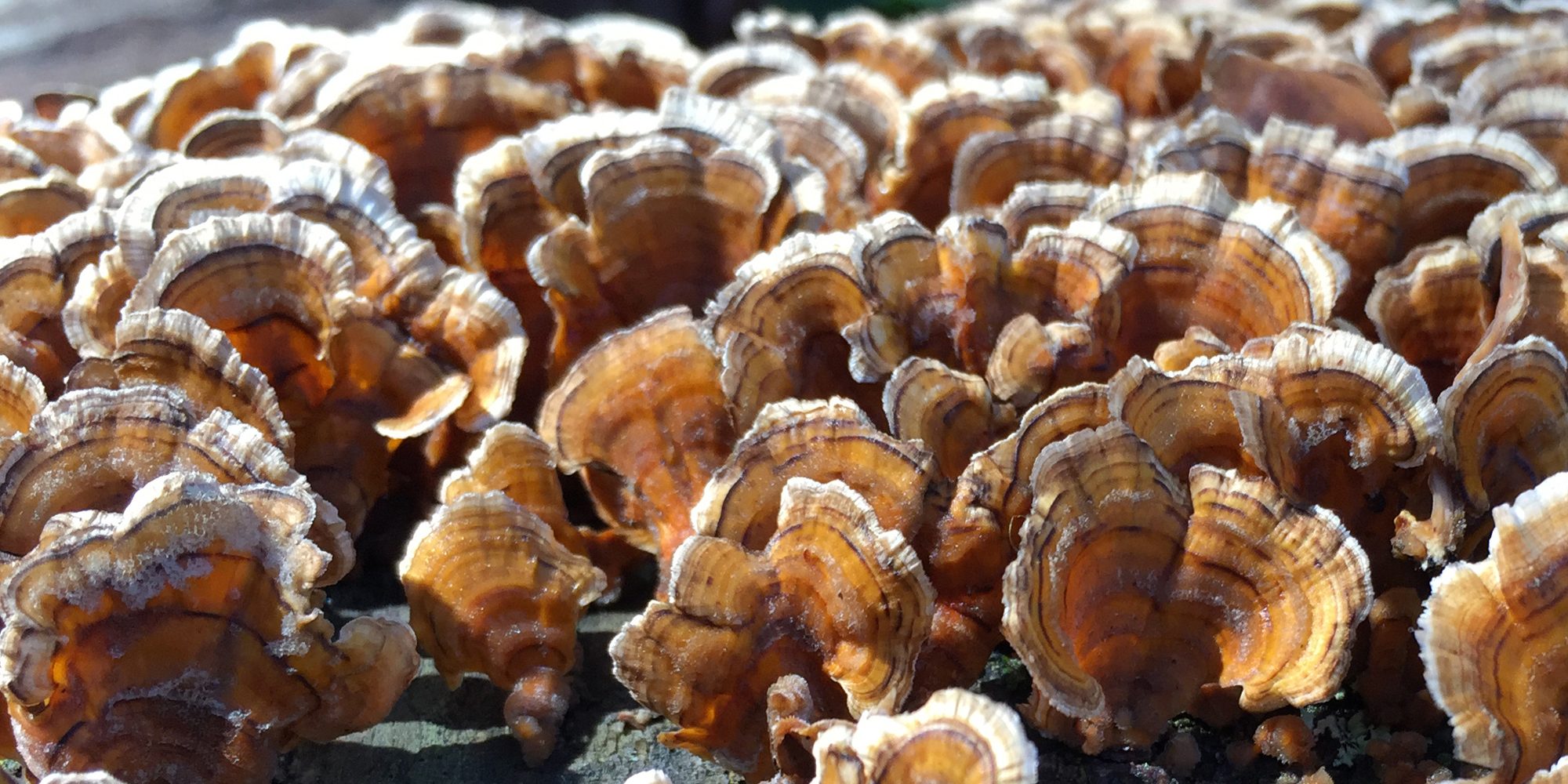 Coriolus versicolor is one of the most clinically studied botanicals in the world with over 400 studies. Web MD reports that the Coriolus versicolor mushroom, PSK & PSP are used for stimulating the immune system: It is suggested that the body’s own immune system is a key player in maintaining health and wellness. Web MD also states that the Coriolus mushroom can be used to help increase energy and improve body building results.

Traditionally, the Coriolus versicolor mushroom has been used in China for several thousands of years because of its immune boosting capabilities. Its recorded usage in history dates back to mid 1300s during the Ming dynasty. In the 1970s researchers in Japan started experimenting with the mushroom by extracting its essence. The protein bound polysaccharide that was isolated from the mushroom is called Polysaccharide Krestin (PSK). Their research found that PSK is effective as an immune system boosting agent. In the 1980s, Chinese researchers improved upon the Japanese finding a decade earlier and introduced a more potent extract called Polysaccharide-Peptide or PSP. Both PSK and PSP have been successfully used in Japan, China, Hong Kong, and some European countries for medical treatments of various types.

A recent study by the University of Pennsylvania School of Veterinary Medicine concluded:

PHILADELPHIA — “Dogs with hemangiosarcoma that were treated with a compound derived from the Coriolus versicolor mushroom had the longest survival times ever reported for dogs with the disease. These promising findings offer hope that the compound may one day offer cancer patients — human and canine alike — a viable alternative or complementary treatment to traditional chemotherapies”.

Cannabidiol (CBD), one of the active constituents of the cannabis plant, has profound healing and balancing effects on all mammals. Pet owners have used it for a broad spectrum of physical and behavioral issues — cancer pain, arthritis, muscle spasms, seizures, neurological and digestive disorders, anxieties, obsessions, past traumas, withdrawal, mood, and memory. During recovery from illness or surgery, CBD can stimulate the appetite and speed healing. At the end of life, it can help ease the pain and fear your pet may be experiencing. CBD does all this by stimulating the endocannabinoid system.